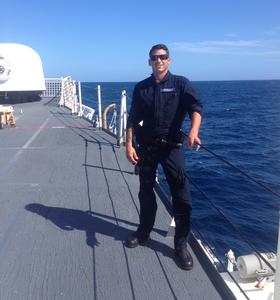 ​​“Your actions resulted in the seizure of approximately 599KGS of cocaine with a value of more than 16 Million US dollars and the detentions of five suspected narco terrorists.  Bravo Zulu to you and your crew for a job well done.”


The above was a press release sent after U. S. Coast Guard and BroPros app user, Dave Straky and his team successfully interdicted a “multi-engine go-fast vessel” for a drug bust in the Eastern Pacific Ocean.


Dave Straky has been a U. S. Coast Guard since September 1998.  Under the Coastguard title, he is a full time diver, boat/ship captain, law enforcement officer, navigator, humanitarian, maritime office, and sailor.  He has sailed seven seas, stepped on all seven continents, has spent a life on and under the ocean and most impressive, loves his job.


Running into a surf-stoked, Besta-Wan (small local pizza place) frequenting Dave in Cardiff-by-the-Sea, one would never guess he just foiled a narcotics mission in Central America or just sailed and rescue dove through South East Asia.


Erin: So how is this career for a surfer?


Dave:  I joined the Coast Guard because I desperately needed direction.  I had none and I was not looking for any particular job.  I just wanted gratification and the search and rescue portion intrigued me.  I was already an EMT and looking into the fire department, but wasn’t focused enough.  I thought the military would straighten me out, but I am not the military type either.  I knew the Coast Guard would be on the coast and I could/would always surf.  I was right!  I have surfed around the world with the Coast Guard.


I also knew about the Coast Guard because they rescued my friends and I when, at 16, our zodiac broke down off the Santa Cruz Islands.


Erin: How was the transition and your first few years?


Dave: Shortly after boot camp, I was stationed on the Oregon Coast for three years in a town called Brookings at “Station Chetco River.” This is where I learned  to drive 44 and 47 foot Motor life boats, conduct search and rescue and learned maritime law enforcement.  It was a great experience to leave Ventura county and San Diego.  I think I cried when I got there because it was the smallest town ever, but I learned to love it and was sad then to leave.  I saw the ocean and all its fury there.  The coast past Cape Mendocino is a violent place that does not offer many second chances.  Death on the high seas was common during our search and rescue operations.  I gained a tremendous amount of respect for the cold, rough weather on the ocean up there.  My first search and rescue case had six lives lost in minutes.  It was the real deal.


Erin:  Then what?  You moved to Los Angeles?


Dave:  After September 11th the push for homeland security was huge.  I was offered a position as a small boat operator in Los Angeles at the Coast Guards first Homeland security unit. This was an amazing time. This was the Coast Guards’ version of a swat team on the ocean. We were jumping out of helicopters and doing a variety of missions around the U.S. and the world. Shortly after reporting I attended the Navy dive school for six months and became a Coast Guard diver. Even though I was a boat driver by trade, I was a full time diver, boat captain and law enforcement officer. We truly traveled the world. "We sailed and dove the world over". During that time I had my second daughter and was living in Newbury Park commuting to L.A. We traveled so much over 4 years it's all a blur. I probably spent 280 days deployed each year for 4 years while stationed there.   It was so fun and I learned so much about all the different U.S. ports and waterways. I know that it was a difficult time for my ex wife since we had two babies and I was rarely home.


Erin: Then you moved to Guam.  Did you have a new assignment there?


Dave:  Yes, in 2005 I was stationed in Guam to a Construction ship. I was a Navigator and diver. This was a big change for me. We Sailed long distances to many foreign ports, conducting Maritime construction and even helping other countries with humanitarian aide and protection of there natural resources. We lived on the island of Guam and sailed all of Micronesia, South East Asia, Japan, Russia, Indo, Singapore, Thailand, Papua New Guinea, Solomon islands, West Australia and many other great destinations . This was the most amazing time ever!  I surfed, dove and fished every day, no matter if I was working or at home on my own personal boat. My ex and I both agree this was the best years we ever had. Again if you asked her, she would say she lived on Guam and I stopped in occasionally. We loved our time and I grew into my role as sailor. I gained so much experience as a navigator on a large ship and underwater construction diver.


Then in 2008 I took a job as a homeland security diver.  I spent three years doing bomb detection, shipboard husbandry and underwater construction worldwide.


Erin:  That sounds intense.  Have you had many scary moments on the job?


Dave:  We have had some scary moments.  My dive buddy had catastrophic air failure under the ice in the South Pole combined with an uncontrolled decent. The reality that someone might die that day was there. It was a sketchy situation, but our training kicked in and we both made it to the surface. There's been some serious moments, but this was my good friend, someone I've known for years along with his wife and kids. I remember thinking I'm going to die saving him. The other situations I could always evaluate (for a brief second) the risk verses the gain.  This time I had no choice.  I was going and that was that.


Erin: What are you currently doing in your job as a Coast Guard?


Dave:  I currently am a navigator on a 400 foot ship. Our primary mission is to counter narcotics in central and south America. I am a licensed master/3rd mate and captain for 500 GT and have a degree in Maritime Transportation.


Erin:  Wow you’ve picked such an interesting way to make a living.  Do you have any words of wisdom?

The more I go through life I come up with these things I say to myself.

"Will this matter in five years"

"It is what you make it"


Erin:  I can’t imagine you ever to be one to wish that you had done things differently.  Do  you have anything you would change about your current path? 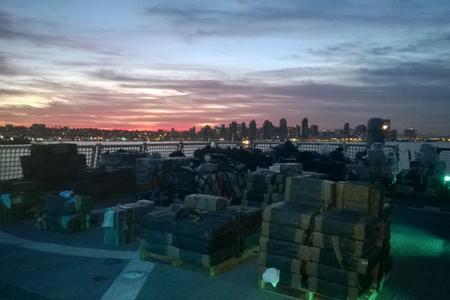 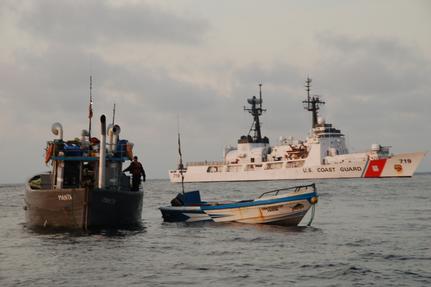 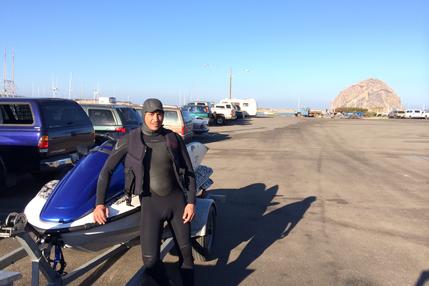 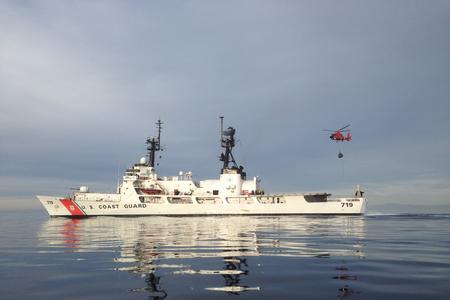 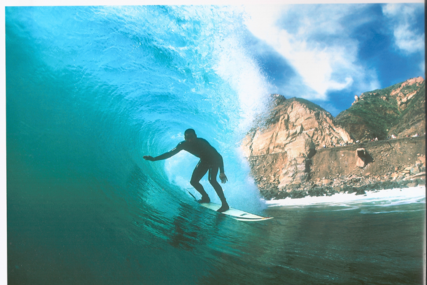 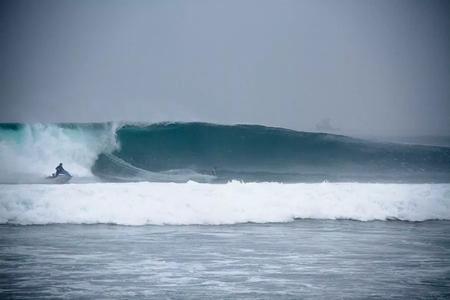 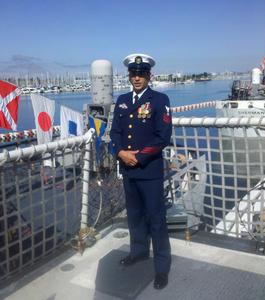 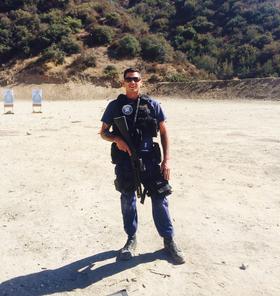 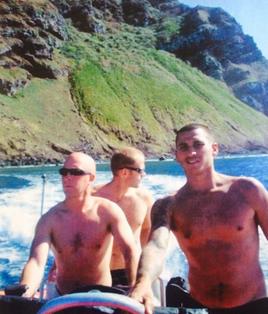 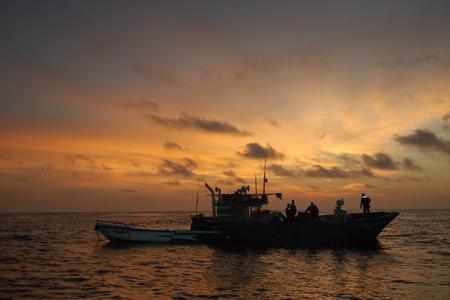